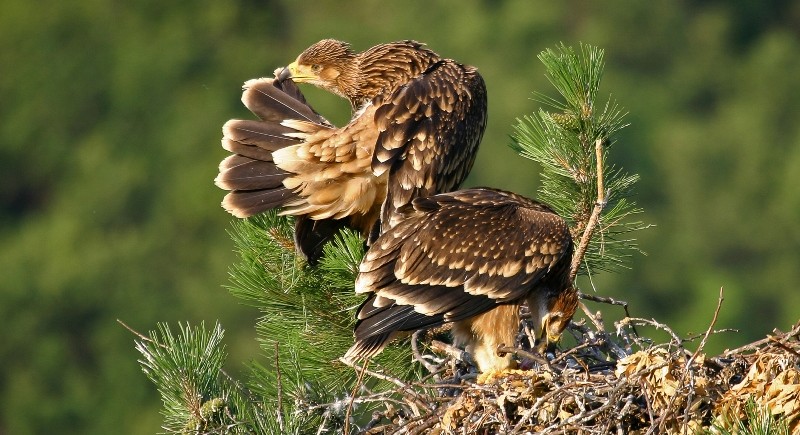 After three years of stagnation, the number of the pairs of the Imperial eagles in Bulgaria increased by one and already is 29. The newly-discovered pair not only changed the three-year trend without any change in the population but also with its choice of artificial nest crowned with success the BSPB action of installation of artificial nests in species-friendly habitats.

The new pair was discovered by a team of the LIFE project "LAND for LIFE". One of the birds is 3-year old and the other one is 4 years old. There are two adult birds in neighboring territory with an artificial nest, who behave as a pair and are probably looking for free territory.

The installation of artificial nests is an important part of the conservation activities under the project to improve the breeding and foraging habitats of the species. A total of 40 artificial nests will be installed in Natura 2000 zones: “Sakar”, “Derventski vazvishenia”, “Zapadna Strandzha”, “Kamenski Bair” and “Adata – Tundzha”. The artificial nests are placed during the winter, to allow time for the eagles to take and complete building them in the spring. Studies show that nearly 20% of the artificial nests become home to Imperial Eagles.

In July the project team will identify the breeding success of the Imperial Eagles for 2018.