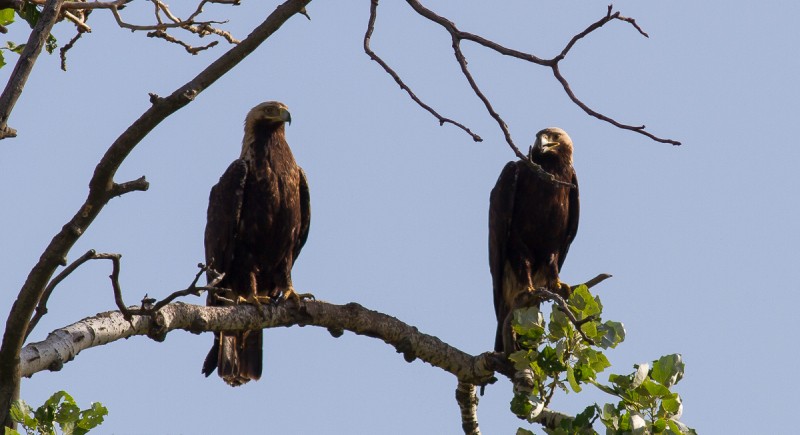 28 – this is the number of the nesting Imperial eagles in Bulgaria for the fourth consecutive year. Despite the alarming information about two missing pairs in the Derventski vazvishenia Special Protection Area, two new pairs were found in the Sliven region. Thus, the total number of pairs remains unchanged. This is a testimony to the stability of the population, but at the same time it is also an indication of stopping its increase, which has been observed since 2000.

"The most likely reason for that is the increase in the mortality rate among the breeding birds as well as among the non-breeding birds", said Dr. Dimitar Demerdjiev, Imperial Eagle Conservation Officer of LIFE project "Land for LIFE ".

The main causes of mortality of Imperial eagles are due electric shock in electric poles of the power distribution network, as well as illegal shooting and poisoning. The loss of food and nesting habitats also has an adverse impact because it limits the possibilities for population growth and often leads to the loss of hunting grounds around the existing nests of Imperial eagles.

In the 28 occupied territories the birds breed only in 21 of them. 7 pairs have already taken their nests, but they are not yet laying eggs, probably because of the sudden changes in the weather.

The regular monitoring of the nesting Imperial eagles is carried out by a BSPB team within the LIFE project "Land for LIFE".