A mighty predator made helpless at the hands of humans 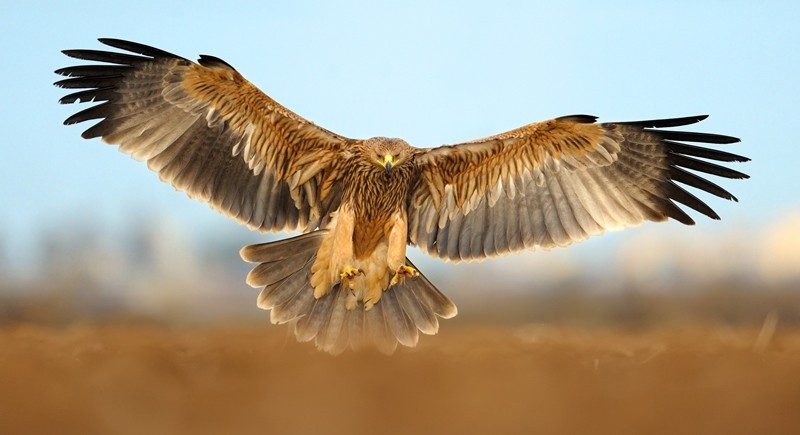 The eagle is a long-standing symbol of strength and glory, but though triumphant within the animal kingdom, the predator becomes the prey when the Eastern Imperial Eagle is confronted with human persecution. Can we restore one of Europe’s rarest raptors?

The Eastern Imperial Eagle is one of seven flagship birds in the Flight for Survival campaign to raise awareness of the scope and scale of the illegal killing of migratory birds.

The beautiful plumage of the Eastern Imperial Eagle truly reflects its regal name. Dark brown with gold flecks throughout its feathers a golden crown, it builds nests from vantage points at the tops of trees which reach a magnificent size as they reuse and renovate them year after year. Perched upon their nests, these majestic birds look like royalty sat on a throne.

Like other eagles, the Eastern Imperial Eagle is impressive in terms of power and presence: a thick, hooked beak, sharp talons, keen eyes to target prey, and a wingspan that can stretch over two metres. Equipped with such weapons, the bird can access quite a menu, from ground squirrels, hares and hamsters to more formidable quarry such as foxes and snakes.

The eagle’s mighty power not only enables it to conquer its prey, but facilitates a remarkable migration. Adults in central Europe, the Balkan Peninsula, Turkey and the Caucasus are usually residents and do not migrate. However, some juveniles decide to set out and explore the world, migrating to southern wintering grounds and returning in spring. Some of these birds fly an incredible distance - travelling as much as 8,000 kilometres in just a few weeks. 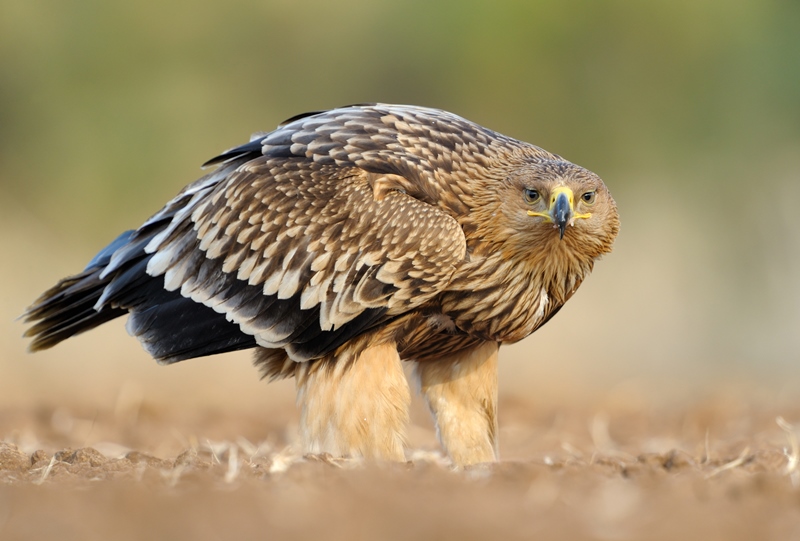 But even the strong and mighty have their Achilles heel and for these eagles, that downfall is humans. The Eastern Imperial Eagle is in decline, currently classed as Vulnerable on the IUCN Red List of threatened species. For Central European populations, the biggest human threat they face is poisoning – whether accidental or intentional. Some farmers use legal pesticides to rid their fields of small, crop-destroying rodents, and often when eagles feed upon these prey they unwittingly ingest a dose of poison on the side. This poison can render eagles infertile, or accumulate in their bodies and lead to death.

More devastatingly, imperial eagles (among other predatory animals such as wolves, foxes and other birds of prey) are sometimes directly targeted with illegal poisons by poachers and gamekeepers. The aim, in what is known as predator persecution, is to decrease the number of game species ending up in a raptor’s talons, rather than a hunter’s hand.

Following poisoning, the second major threat to this species is electrocution from contact with powerlines. Increased felling of tall trees is adding to the risk, as eagles resort to perching and nesting on pylons. The only silver lining to this tragic situation is that the eagles are also open to accepting safe, artificial vantage points created by humans.

This is one of many initiatives that give us cause for hope - because although the overall population is declining, it’s not too late to save this species. In Hungary, home to a third of Europe’s breeding population, decades of dedicated work from MME (BirdLife in Hungary) have pulled the bird back from the brink. The population has recovered dramatically from 15-25 breeding pairs in the 1970s to roughly 200 pairs now. This is down to a multi-pronged approach including training sniffer dog units to detect the use of poison, operating a hotline for witnesses to report bird crimes, monitoring eagle numbers and creating a rehabilitation centre for injured eagles.

One of the main threats for the species in Bulgaria still remains the degradation and ultimate loss of natural habitats. There is a tendency to plowing and conversion of some of the most significant for the Imperial eagle territories managed as grassland, arable land, vineyards and orchards (the region around Sliven, Sakar, Derventski vazvishenia, Zapadna Strandzha). The numerous compact Souslick colonies are destroyed and some Imperial eagle pairs are deprived of their food resources, which could lead to the departure of the territories. The mitigation of this threat is the main goal of the BSPB LIFE project "Land for LIFE". There is something sorrowful about seeing the mighty fall. The Eastern imperial eagle is so well equipped for nature’s challenges, but not for the dangers posed by man. But the success of tried and tested methods at national level gives us great confidence that this species can be rescued globally.

Help the Eastern Imperial Eagle and other migratory birds by supporting the Flight for Survival campaign, which follows the journeys of seven flagship species and highlights the work of our Partners in combatting illegal killing along their route.