People in Sakar know and appreciate the emblematic Imperial Eagle 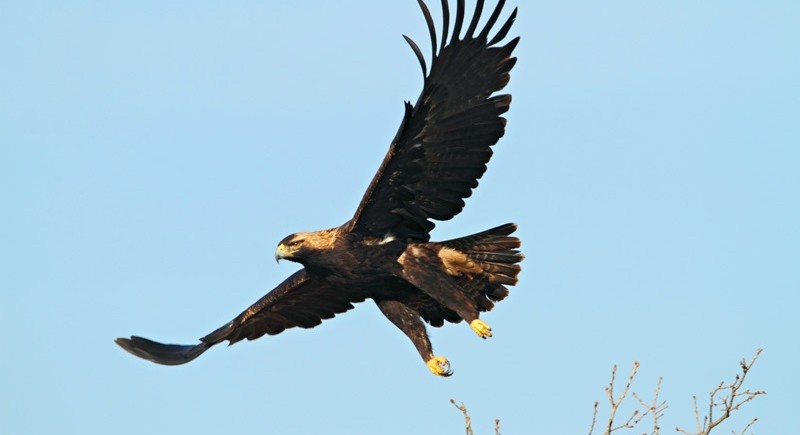 Protecting any endangered species like the Imperial Eagle would be impossible without the understanding and support of the local people with whom it coexists. A significant part of the population of the species in Bulgaria is in Sakar, which is why the Reconstruction and Development Union, Haskovoorganizes a sociological survey in order to reveal the attitude of local people to the conservation of nature and birds of prey, with a focus on the Imperial Eagle. It was carried out within the framework of the Eagles Beyond Borders project funded under the BULGARIA – TURKEY IPA CROSS-BORDER PROGRAMME.

The study registers in public opinion the importance of nature and birds of prey as part of the natural heritage and describes the threats posed to them by human activity. The subject of the study are foresters, farmers, environmentalists, entrepreneurs, representatives of the non-governmental sector, representatives of local authorities, hunters and citizens living and working in the territory of Svilengrad municipality and Topolovgrad municipality.

The results of the survey show a strong prevailing positive attitude of local people towards the Imperial Eagle and the conservation of nature and biodiversity in general. Over 94 percent believe that nature conservation and biodiversity are vital to humanity's survival. More than 70 percent are aware of the Imperial Eagle as being endangered and the main threats: poaching, the use of poison baits and dangerous electrical poles. The perception of birds of prey as a whole is positive. Only 6.7% see it as a threat to poultry and only 1% consider it harmful. It is pointed out that there is untapped potential for the development of biodiversity-based tourism. Respondents also make recommendations for the conservation of the Imperial Eagle, among which the most recommended are the strengthening of sanctions for illegal activities and the planting of trees.

The Eagles Beyond Borders project is being implemented in coordination and cooperation with the BSPB LIFE project  “LAND for LIFE”.