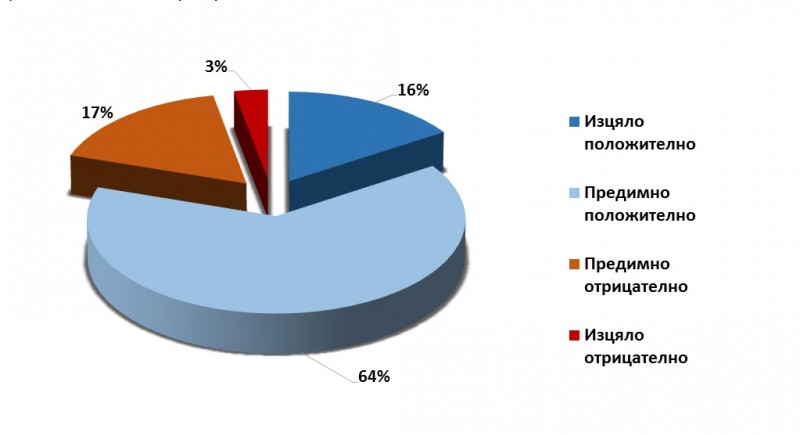 The first stage of the representative quantitative survey of the public opinion in key project NATURA 2000 areas has just finished. The socio-economic impact of the project was assessed in two dimensions – importance of the Imperial eagle for the local people as natural heritage and attraction for tourists, and secondly the impact of extensive management of foraging habitats to local livelihoods. The study represents the first phase of a two-stage series, which aims to establish the dynamics of the examined indicators ranging over June 2016 - June 2020, using the same methodology.

In the areas with habitats of Imperial Eagles and European Sousliks the  survey results show a predominantly positive attitude of local people towards conservation of biodiversity, to the ecological network - NATURA 2000 and in particular to the emblematic for their region Imperial Eagle. His presence is a source of pride. But there is a great need for information about Natura 2000, the European programs related to the maintenance and development of areas inhabited by endangered bird species and for agri-environment schemes and measures to support organic agriculture. According to the public opinion in the field of biodiversity there is an unrealized potential for tourism. About 40% of the tourists said that the natural environment is a factor for their choice to rest in the region.

Detailed analysis of the public opinion in the project areas will be made after the completion of the second stage of the survey at the end of the project in 2020.

Chart: A total of 80% define their attitude towards Natura 2000 as mostly or entirely positive, whereas only 20% has partially or entirely negative attitude.