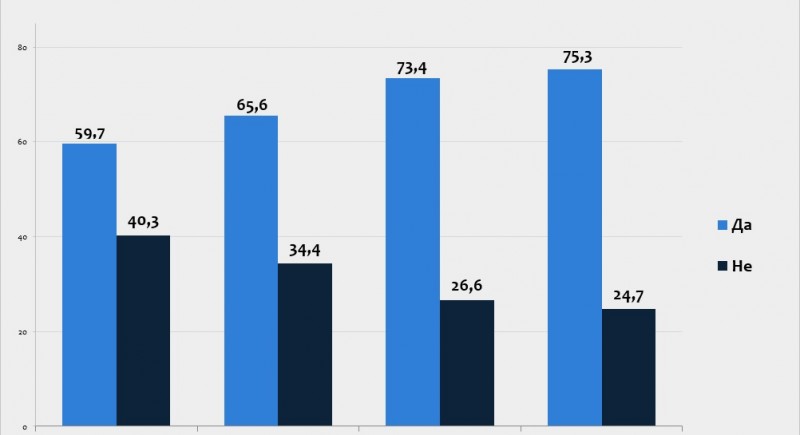 The second final stage of the representative quantitative survey of the public opinion in key project NATURA 2000 areas (Sakar, Derventski vazvishenia, Zapadna Strandzha, Adata – Tundzha, Kamenski Bair, Sinite kamani – Grebenets) has just finished. The first phase was conducted in 2016. The main objective of the study was to assess the importance of the Imperial eagle for the local people as a natural heritage, and secondly the impact of extensive management of foraging habitats to local livelihoods. The two stages of the study aim to establish the dynamics of the studied indicators in the interval of June 2016 - June 2020.

In the areas inhabited by Imperial Eagles and European sousliks, the results of the study show a predominantly positive attitude of the local people towards the conservation of biodiversity, the ecological network "Natura 2000" and in particular the emblematic for their region Imperial Eagle. 75% of the 1000 respondents surveyed are aware of Natura 2000 to one degree or another. There is a slight increase in this percentage compared to 2016, but there is still a great need for information about the European programs related to the maintenance and development of areas inhabited by endangered bird species and for agri-environment schemes and measures to support organic agriculture. Three out of four (74%) residents of the surveyed areas have a positive attitude towards the network.

The Imperial Eagle has a high recognition among the population of the studied areas - 92% of the local people have heard of the species. Among the main threats to the Imperial Eagle, which they point out are pesticides and poison baits, poaching, habitat loss, dangerous power lines. On the issue of threats to the European sousliks, the prevailing view is that the main threat is land plowing, followed by pesticides and agricultural poisons.

The presence of the Imperial Eagle is a source of pride for the local people, as nearly 70% of them believe that the species contributes to the development of the local economy by attracting tourists and there are still many untapped opportunities for this.