Study of mammals, reptiles, and amphibians in the areas of the LIFE project "Land for Life"

А field team of the LIFE project “Land for Life” studied mammals, reptiles, and amphibians that occur in the territories of the project. Mammals have been studied in 25 trial sites. The team found the presence of 22 species of mammals, as one of the most common are: Mole, Hedgehog, Small and Large Crocidura, Blind dog, Rabbits, Voles, and Badgers. European ground squirrel - protected and included in the Red Book species was registered, but in very low numbers and rarity - only in five of the test sites.

Within the study of the amphibians and reptiles the project team visited all test areas and collected a total of 927 locations. Seven species of amphibians and 16 species of reptiles were observed. Along with common species the team observed rare species such as the Caspian pond turtle, Sand boa, Blotched snake, and European blind snake, as well. A significant part of the identified species are of a high conservation level, including some listed in the Red Book of Bulgaria - the Caspian (stripe-necked) terrapin, Mediterranean spur-thighed and Hermann's tortoises, Sand boa, and Blotched snake.

During the fieldwork the team identified the most dangerous method of pasture management - the mechanical (use of shredders). As a result, the project team found dead tortoises, European glass lizard, hedgehogs. 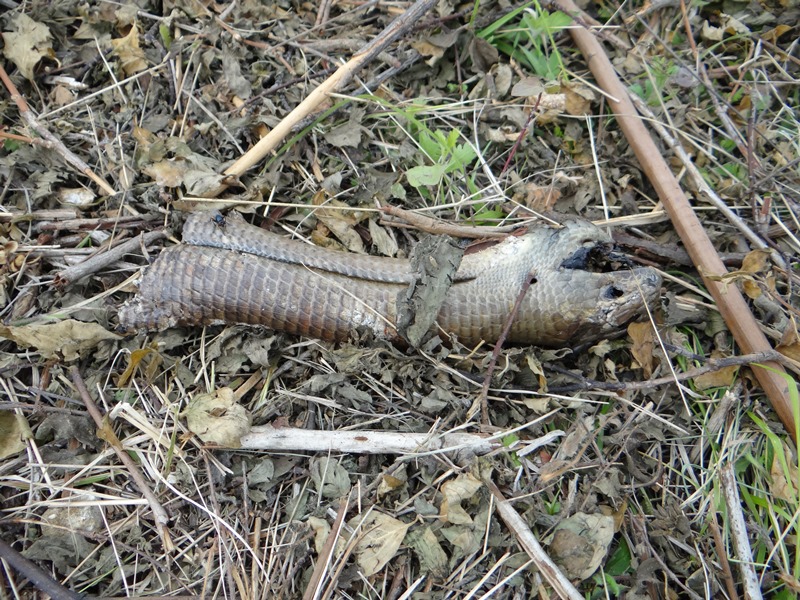 A detailed analysis is forthcoming after processing of the collected data.