STOP endorsement of the Bulgarian Hunting Law amendments to allow poison baits use in nature! 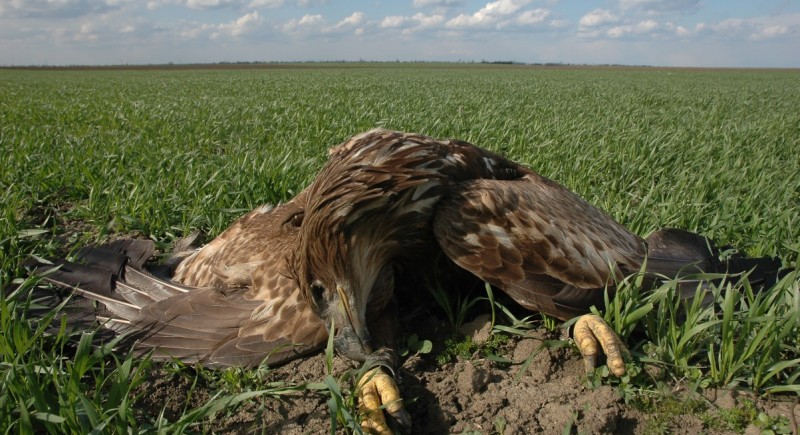 The Bulgarian Council of Ministers intends to approve amendments in the Hunting Law legalizing the use of poison baits and other non-selective hunting methods to combat African swine fever, but this may have a devastating impact on the Bulgarian and Balkan biodiversity.

If endorsed, this proposal will jeopardize long-term efforts to conserve the natural heritage of Bulgaria and will bring us back to the Stone Age. It intends to allow the free disposal of poisonous substances into the wild and may catastrophically affect the fragile population of many endangered species such as vultures and other raptors. This is a serious threat to the biodiversity not only at national, but also at Balkan level, as many wild animals cross state borders in search of new territories, food resources or during migration. Moreover, this proposal strongly counteracts to the most of the strategic International (Bern and Bonn conventions the CMS poisoning resolution and Vulture MsAP (which was adopted by the CMS COP, including Bulgaria), European (Birds and Habitats directives of the EC) and Bulgarian laws (Bulgarian Biodiversity Act, Veterinary Practices Act, Law on the protection against the harmful impact of chemical substances and preparations, as well as the Criminal Code), Regulations and Ordinances.

Such primitive and literally cruel management practices have already had a devastating effect of the population of many birds and mammal species in the Balkans from the fifties until eighties of the last century. They resulted in today’s unfavorable status of vultures and raptor species nowadays. Vulture population in the Balkans were widely distributed and abundant across the Balkans. However, due to the use of poisons, their populations were bought to the brink of extinction in less than 30 years! Moreover, 13 years of EU efforts and resources given through the LIFE program are going to fail with this questionable proposal in the legislation!

Please support the Bulgarian nature by signing and sharing this petition: http://chng.it/vsjbGvFHKD!

Let’s get the highest number of signatures possible by Monday, 19th, and take this petition and Ministry of Agriculture Food and Forestry, Council of Ministers of the Republic of Bulgaria, and the Executive Forest Agency, and help us protect wildlife and people from the use of poisons – the silent killer in nature!

Find the BSPB Position regarding the draft decision of the Council of Ministers for approval of a draft Law for amendment and supplement of the Hunting and Game Protection Law in the attached document.