The winter supplementary feeding of Imperial Eagles has started 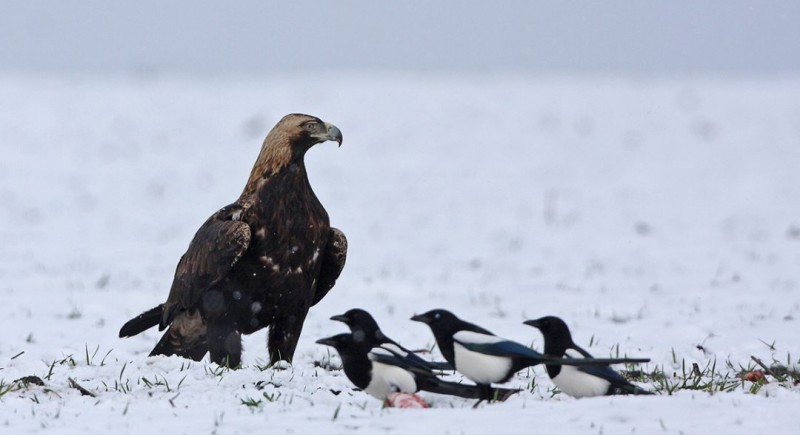 On December 1, the supplementary feeding of five pairs of Imperial eagles started in Southeastern Bulgaria.

The aim of the measure is to keep the breeding pairs in their territories throughout the year and to attract new breeding pairs in suitable nesting areas. The supplementary feeding in the winter also aims to keep young birds in safe places.

The main problem is insufficient food in the winter and wandering in places where the risks of illegal shooting and poisoning are high. Thanks to the feeding, the breeding pairs are expected to remain on their territory throughout the winter, as well as to occupy new breeding territories around the feeding places.

During the spring and summer (from May to the end of August) the five pairs were fed in order to increase their breeding success. One of the pairs was fed in September, due to the number of young – three who successfully left the nest.

The project is funded by the Operational Programme “Environment”, under priority axis NATURA 2000 and biodiversity, procedure “Measures to improve the conservation status of birds – 2”, co-financed by the European Union through the European Structural and Investment funds.