The top five threats to birds may surprise you 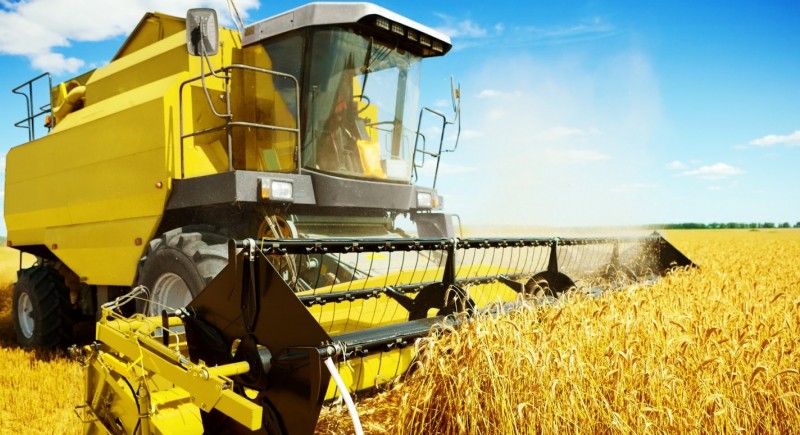 One in eight bird species is in danger of extinction – but what are the main factors driving their decline? They might not be what you think. Read about the five biggest threats to bird biodiversity, and what’s being done to combat them.

The BirdLife latest report, State of the World’s Birds 2018, found that one in eight birds is in danger of extinction, and 40% of the world’s 10,000+ species are declining. Worryingly, the birds in danger now include familiar species such as the Atlantic Puffin Fratercula arctica, Snowy Owl Bubo scandiacus and European Turtle-dove Streptopelia turtur. The chief driving forces are, as the paper’s editor-in-chief Tris Allinson said, “invariably of humanity’s making”. But that also means we can strive to reverse them.

The problem: More than a third of the earth’s land surface is dedicated to agriculture. We often think of farmland as an idyllic, natural landscape; but the expansion and intensification of farming impacts a massive 74% of globally threatened birds. Not only does it destroy much-needed habitats, especially in tropical regions, but some pesticides are poisonous to birds. In Bulgaria there is a tendency to plowing and conversion of some of the most significant for the Imperial eagle territories managed as grassland, arable land, vineyards and orchards (the region around Sliven, Sakar, Derventski vazvishenia, Zapadna Strandzha). The numerous compact Souslick colonies are destroyed and some Imperial eagle pairs are deprived of their food resources, which could lead to the departure of the territories.

The solution: Luckily, it is possible to farm in a way that is sustainable and compatible with nature, while still earning a good livelihood. The LIFE project "Land for Life" performs activities for restoration and improvement of pastures and meadows that are hunting territory of the species in key Natura 2000 sites in Bulgaria. Protection of biodiversity and traditional methods of grazing domestic animals are compatible and are of benefit both farmers and the environment.

The Problem: Since nearly two-thirds of species are found in forests, logging is a huge problem for birds. Many of these species cannot live outside of forests, and are unable to fly between remaining fragments. Logging is driven by a global demand for timber, paper and land on which to grow commodity crops and biofuels.

The solution: BirdLife is working hard to reverse this trend. We’re part of the ambitious Trillion Trees partnership to plant, protect and restore a trillion trees by 2050.  We also coordinate the Asia-Pacific Forest Governance Project, which uses a mobile phone app to empower local people to monitor and manage their own rainforest.

The Problem: We’ve all heard of invasive species, but few people realize how harmful they are to birds. Over the last half-century, interlopers such as rats and mice have been responsible for more than 70% of bird extinctions. Birds on remote islands are especially susceptible to this threat, as they evolved with few natural predators.

The Solution: BirdLife has identified 88 islands around the globe where highly threatened native bird species are in danger from invasive mammals. If eradications on these islands are all successful, roughly 55 globally threatened bird species could be protected. And we’re already getting started with species such as the Rapa Fruit Dove Ptilinopus huttoni on Rapa Iti and the Micronesian Scrubfowl Megapodius laperouse on Kayangel Atoll.

The Problem: The illegal hunting and capturing of birds can cause huge population plummets in a short space of time. One of the most harrowing examples is the Helmeted Hornbill Rhinoplax vigil. In 2015, this spectacular bird went from being listed as Near Threatened to Critically Endangered after hunters began targeting it for its highly sought-after solid “Red Ivory” casque.

The solution: One of the main ways to curb this danger is to change the law – or strengthen existing ones. Currently, 155 bird species are protected by CITES, the illegal wildlife trade convention. Several BirdLife partners are also working to prevent illegal hunting in their country. In Italy, Protezione Uccelli are using drones to survey illegal bird trapping. In Brazil, undercover agents infiltrated trading networks to stop the capture of the Lear’s Macaw Anodorhynchus leari (Endangered).

The Problem: So far, nearly a quarter of bird species studied globally have been negatively affected by climate change. Already, breeding and migratory cycles are changing. A recent study found that warmer UK springs are causing caterpillar numbers to spike earlier, meaning that by the time many bird chicks hatch, there are not enough caterpillars to go around.

The Solution: BirdLife’s Important Bird and Biodiversity Area network identifies vital natural areas that don’t just benefit birds. Many of these areas serve as carbon sinks, with trees and vegetation soaking up excess carbon in the atmosphere and helping to reduce the effects of climate change.

Author of the article: BirdLife International