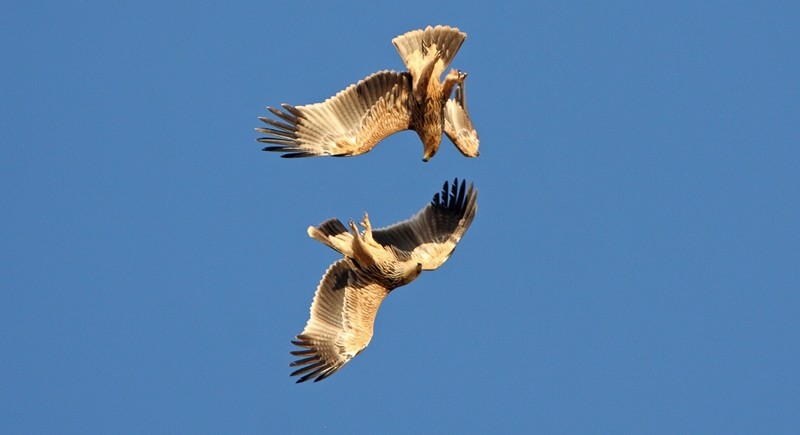 Just a few kilometers from the border with Bulgaria - in Romanian Dobrudza, a nest of Imperial eagles was found. This is the first proved breeding of the species in Dobroudza after more than 50 years! The nest was discovered by the BSPB Imperial Eagle Conservation Officer - Dimitar Demerdziev.

The birds most likely originate from the Thracian population of the species. This summer in Bulgaria was discovered a new pair of Imperial eagles which not only changed the three-year trend without any change in the population but also with its choice of artificial nest crowned with success the BSPB action of installation of artificial nests in species-friendly habitats.

The regular monitoring of the Imperial eagle pairs in Bulgaria and the installation of artificial nests are an important part of the conservation activities under the project to improve the breeding and foraging habitats of the species.